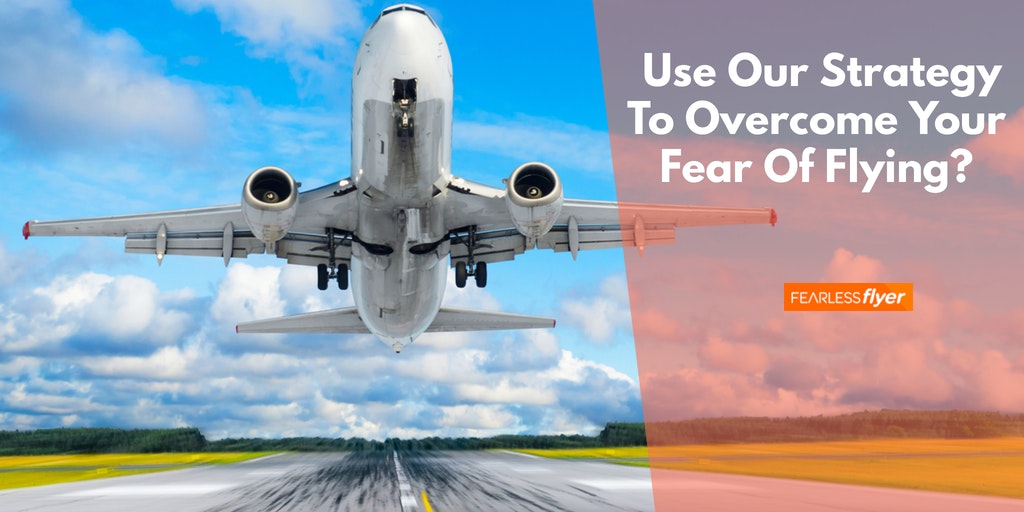 Find out how nervous passengers with a fear of flying used a simple strategy and went from completely phobic to enjoying holidays again even when they believed it was impossible.

The frustration of offloading from a flight just before that all-important holiday is both distressing and expensive.

For some people what’s even worse is having to take medication just to get through the flight and when they arrive at their destination all they do is constantly worry about the return flight, spoiling their holiday completely!

And for many people, they have never been able to take a holiday abroad because their fear is so overwhelming.

There is nothing more debilitating than having a fear of flying and what’s worse is that many friends and family just don’t understand how they feel because they happen to love flying, in fact it can become extremely annoying and frustrating that they don’t understand!

One of the biggest challenges of overcoming their fear of flying, is that people don’t believe it is possible. Why because they have had the fear for so long or that it’s so extreme that they just can’t comprehend that their fear could be cured. It just seems an impossible task but as they learn this is simply not the case.

There is a strategy that people can learn that would allow them to fly calmly and confidently on each and every flight. People can be taught to fly without any fear and therefore they can look forward to holidays abroad and enjoy them when they are there.

They can learn how to stop worrying weeks before taking a flight and therefore have no sleepless nights leading up to their holiday.

The reason why our strategy works is that it combines two critical components that people need to learn in order to be no longer be scared of flying. This is the technical side of aviation and the psychological side.

The technical side are things like turbulence, noises, sensations, take-off, landings and other technical aspects such as can a plane run out of fuel, what happens if the landing gear does not come down and can a door be opened mid-flight and many other things like that!

The psychological side are things such as constantly focussing on the worst-case scenario, having negative thoughts or visualising the plane crashing in mid-air!

Or for people that don’t like enclosed spaces it is the feeling of being trapped, or for some it’s the fear of heights being 38,000 ft in the air, or if they suffer from panic attacks it’s the fear of being out of control.

My name is Lawrence Leyton, and I know all of this because I have helped over 10,000 people so far to overcome their fear of flying. Channel 4 even gave me my own prime-time TV show dedicated to teaching my unique strategy.

Since then my business partner and I partnered with easyJet to run easyJet Fearless Flyer, which is the largest fear of flying course in the world…so you are in safe hands!

Our proven strategy works firstly by getting an experienced easyJet captain with thousands of hours of flying experience under his belt to remove any misconceptions that you might have.

People have a fear the unknown so any unfamiliar noises or sensations can fuel the fear of a phobic, but once they understand what those noises are then the unknown becomes known and therefore no longer frightening.

Secondly, our strategy works because it teaches people how to control their negative thoughts. When people get anxious they fill in gaps. What I mean by that is that any tiny movement of the plane they fill in the gaps and assume that the plane is going to crash!

Our strategy teaches people how to STOP filling in the gaps and how to take control of their mind instead of their mind controlling them!

We have used this same double-approach formula for the past 7 years and cured over 10,000 people and the wonderful news is that they all still flying around the world now. We know because we track them!

As mentioned before, we know that people just can’t believe that their fear can be cured, but I always give them an analogy to change their frame of reference.

If I was to tell someone that they had a quantum mechanics exam in a 3 month’s time from now when they don’t know anything about the subject, then most likely they will believe that it’s totally impossible for them to pass the exam.

But if they were properly coached every day until the exam on the exact answers to each one of those questions, then they would go from impossible to possible.

Now without the coaching it would be impossible to pass that exam but with the correct coaching it becomes 100% possible and the same applies to learning how to overcome your fear of flying. You just need the proper coaching.

We have now developed an online course so that we can help as many people as we can around the world.

The great thing about the course is that people can go at their own pace and from the comfort of their own home and repeat any modules if they don’t understand something the first time around.

The course teaches our proven two-pronged strategy so that the unknown will become known removing any misconceptions that they might have.

The course will also teach them a set of mind tools that are not only useful to overcome their fear of flying, but also a set of life tools that will stay with them for the rest of their life.

The online course also includes a physical MP3 player that we post out to people, which means that they have help when they most need it, i.e on the actual flight.

The MP3 player has the captain’s commentary of the key stages of the flight and it means that they can be reassured during their entire journey.

It also has me guiding them through a unique relaxation process called the blue light technique, as well as a reminder of all the course techniques.

I know from experience that people don’t like to spend money on overcoming their fear of flying, but when I hear the many first-hand accounts of people offloading from their flights and missing their holiday, people soon realise the cost of NOT doing anything is far greater!

I personally know someone that lost over 6k because they offloaded from a flight moments before the plane was ready to take-off to their dream family holiday in the Maldives!

The point is if they truly want to enjoy flying once again and want to enjoy holidays with their family abroad, then they can’t afford not to do it.

I always get people to imagine getting excited about going to an airport and flying to their dream destination and sitting on a sun-drenched beach and feeling the sand beneath their feet and sitting there with a nice drink in their hand and listening to the sound of the waves crashing against the sea shore.

When I ask them how that would feel, they have a great big smile on their face!

So you too can have a big smile on your face and with our help and coaching you can completely overcome your fear of flying. If you want to learn more about our online course then click on the link below and change your life forever!